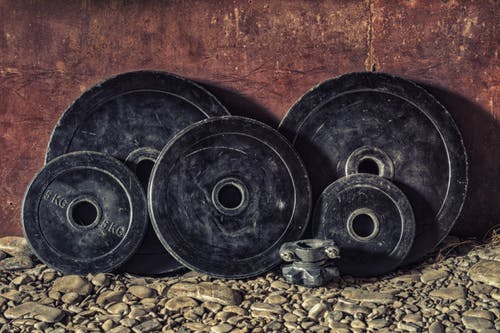 Bodybuilding doesn’t fall into the category of ‘extreme sports’ like sky diving, motorcross, or windsurfing, but it has always been a sport that required a certain amount of “extreme” or “extraordinary effort”. Not everyone can do it. However, today it feels like it’s become the land of who’s the most hardcore or takes the most extreme measures. Maybe it’s because of the rise of social media and the amount of information people are putting out there, but when I started competing in 2013, prepping never felt so judgmental or scrutinized from people who aren’t even your contest judges.

Dieting for a show is not like regular dieting… you don’t just watch your proportions and try to eat a little less manufactured food. It is very detailed and calculated to the last bite. It involves measuring every single thing you eat and tracking water intake as well as certain micronutrients like sodium. At it’s core, the science is this : eat fewer calories than you burn so you can drop body fat to get you to ‘stage lean’. That is a very BASIC explanation. If I posted that on IG right now I’d be bombarded by people arguing: no it’s about meal timing, proper macro profiles, step counts, types of training, etc. etc. etc. Which is precisely my point. I agree that it is more detailed than that – but trolls and influencers alike will straight up attack you for making a general statement, or making it seem like prep isn’t the hardest thing you’ve ever done in your life.

I started competing because the challenge of being so disciplined appealed to me, I wanted to force myself to be brave enough to get onstage, and literally because someone once told me I couldn’t. I even aspired to become a Pro. One thing I didn’t do, is start competing so that I could ‘prove’ to people that I’m the most hardcore of them all. I don’t brag about how little I eat, or how many hours of cardio or steps I’ve done, how many months it took me to get here, or how long I’ve been stage lean. If anything, my goal was always to achieve stage results while nourishing my body to the best of my ability with the most food I could, training like an athlete and maintaining a level of cardio that didn’t require marathon sessions, and staying within a relatively healthy range of stage weight. That’s not bragging – that’s trying to educate people that it is possible to prep (and place every show, win a show, make it to Nationals twice, and eventually earn two WNBF pro cards) without completely ruining your body. I can point you in the direction of several Pros, both IFBB and WNBF/IPE that have been doing it for YEARS. Do you really think that the athletes who successfully compete for 10 years are as drastic/extremely unhealthy about it as the influencers of today who go balls to the wall to prove how hardcore they are and either DIE or quit competing after 2 years? I’ve seen more people do whatever it takes to get their Pro card in 2 years or less and then subsequently quit competing because of the havoc it caused on their body than I can count. *see post Whatever It Takes…* Even DLB competed for 10 years before she earned her Pro card, went on to win Olympia as the first Women’s Physique champ, and then decided she didn’t need to compete anymore. Not because she was unhealthy, but because she wanted to have a more fulfilling lifestyle.

On that note, there are some folks in the bodybuilding and fitness industry who are sending some pretty mixed messages about the lifestyle. Athletes need an offseason – you need to let your body recover and grow at some point. But how you go about it has become a hot (and super polarized) topic. It goes like this:

You need an offseason to gain weight and to put on “fluff”. Sorry, but you can’t have abs all year round.. But then during the season of shows (Feb/March to November-ish) you have to live, eat, breathe it and maintain leanness all year round if you want to be competitive. Stay within 15 lbs of stage weight, unless you want to actually win and then you need to take 2 years off to bulk and build and gain around 30 to 40 lbs, but then you should be in prep for a full year doing back to back shows… you also can’t take breaks from training or go on vacations if you’re serious about competing…

Confused or overwhelmed yet? How about we actually educate ourselves and let athletes find a method that works for them, that is healthy enough that they can compete for longevity and not just for a few years, and stop telling them that unless they do all of the things above, they’ll never be at the top. Despite what some people on IG will tell you – there is more than one way to diet and be successful. I remember a few years ago when the propaganda of the time was that you HAD to do your cardio fasted if you wanted to be the best. If you weren’t willing to be up at 4am to do it, you didn’t want it bad enough. Studies have come out since then showing that it really doesn’t matter if you do fasted or not. *See post Fasted VS Fed* Hell, I’ve seen people do all of these “required” things and still not become Pros. Is it worth it then? What kind of life are you living if you aren’t “allowed” to have a vacation or take a few weeks off from training – what about the principle of deloading? What about your mental health? Prep is hard mentally and emotionally, no matter what level you are at. Think it’s a good idea to treat your body this way all year round? Some of the top Olympia competitors only do 1 or 2 shows a year (depending on points qualifications of course), and even if they’re tracking and training all year, they still understand that you need time to recover physically and mentally.

Finally, I’d like to tackle the notion that if you compete naturally; without the help of performance enhancing drugs, of any sort (check out INBF/WNBF’s list of banned substances here) you aren’t as serious, it’s not as competitive, you can look like limp spaghetti, etc. Please go check out the top level Pros of the WNBF or IPE and tell me (or them) that they aren’t serious or as ‘hardcore’ as you. To get to that level of conditioning without help is unreal. Furthermore, don’t tell natural athletes to not be upset when they compete in non-tested forums and are dwarfed by their competition. If you’re going to tell them that natural shows are too easy, but then belittle them for being frustrated at the non-tested shows, that makes you an asshole, not an inspiration. How’s that for some *tea*. In no way do I consider myself to be an elite athlete in this sport – there are people who are far more knowledgable and experienced than I am; who have reached levels of fitness and aesthetics I can only dream of…and they aren’t subscribing to any of this BS either. Bottom line, is that we need to remember that individuals are competing in this sport, and they are each unique and HUMAN. You have no idea what they have struggled through or overcome to get to their ‘stage ready’. Devaluing their hard work and dedication because you think they aren’t ‘focused’ or ‘disciplined’ enough only proves that you are disrespectful and ignorant.

One thought on “Bodybuilding and the Land of Extremes”